In Xanadu did Kublai Khan
A stately Pleasure-Dome decree,
Where Alph, the sacred river ran
Through caverns measureless to man
Down to a sunless sea.

So twice five miles of fertile ground
With walls and towers was girdled ’round,
And there were gardens bright with sinuous rills,
Where blossomed many an incense-bearing tree;
And here were forests ancient as the hills,
Enfolding sunny spots of greenery.

But, oh! That deep, romantic chasm which slanted
Down the green hill, athwart a cedarn cover:
A savage place! As holy and enchanted
As e’er beneath the waning moon was haunted
By woman wailing for her Demon Lover!
And from this chasm with ceaseless turmoil seething,
As if this Earth in fast, thick pants were breathing,
A mighty fountain momently was forced,
Amid whose swift, half-intermitted burst
Huge fragments vaulted like rebounding hail,
Or chaffy grain beneath the thresher’s flail;
And ‘midst these dancing rocks at once and ever,
It flung up momently the sacred river!
Five miles meandering with ever a mazy motion,
Through wood and dale the sacred river ran,
Then reached the caverns measureless to man,
And sank in tumult to a lifeless ocean.
And ‘mid this tumult, Kublai heard from far
Ancestral voices prophesying war!

The shadow of the Dome of Pleasure
Floated midway on the waves,
Where was heard the mingled measure
From the fountain and the caves.
It was a miracle of rare device:
A sunny Pleasure-Dome with caves of ice!

A damsel with a dulcimer
In a vision once I saw:
It was an Abyssinian maid,
And on her dulcimer she played,
Singing of Mount Abora.
Could I revive within me
Her symphony and song,
To such deep delight ‘twould win me
That with music loud and long,
I would build that dome within the air!
That sunny dome, those caves of ice,
And all who heard should see them there,
And all should cry: “Beware! Beware!
His flashing eyes, his floating hair!
Weave a circle ’round him thrice,
And close your eyes in holy dread:
For he on honeydew hath fed,
And drunk the milk of Paradise!”

On the face of it, the poem is fragmented and incoherent. The first verse opens with a description of how the ancient Mongol emperor Kublai Khan ordered the creation of some kind of “pleasure dome”. This takes place in the fictional land of Xanadu, where the fictional River Alph flows through fictional caves down to a made-up Sunless Sea.

In the second verse, we learn that the dome is built with a ten-mile diameter or circumference (it’s not entirely clear which). It’s a very lush utopia, complete with gardens and forests. Generally a very pleasant place, you might go on a honeymoon there if it weren’t for the disturbing things to come in the next verse…

Verse three is longer than the first two verses put together. Indeed the first time I read the poem I thought it must have been an error, that it should really be split up, but no, this is how STC designed it. We learn that (presumably within the pleasure-dome), there is a strange chasm on the side of a hill, surrounded by cedar trees. This chasm is a “savage” place, “as holy and enchanted” as any place that was ever “haunted by [a] woman wailing for her Demon Lover”. Within this haunted cavern, there’s all kinds of turmoil– to illustrate, Coleridge compares this to if the Earth itself were heavily panting for breath. From this savage cleft in the hill, a geyser of some kind shoots up, throwing up giant boulders with it, which the poet compares to hail or to grains falling free from the stem as they’re threshed. Things are generally so chaotic that the River Alph itself changes course, running through the forests (something of a flash-flood), but apparently reaching the same destination in the end, the Lifeless Ocean in the measureless caverns. And amidst all this havoc and mayhem, Kublai hears “ancestral voices prophesying war”.

The fourth verse describes the pleasure-dome in this flooded state. There’s a certain beauty amidst the chaos, the “mingled measure” description of noises coming from the fountain and the caves makes it sound like a kind of natural music. Lo and behold: somehow (it’s not exactly clear how), all this chaos led to ice-caves, which Samuel describes as a very rare miracle.

The fifth verse is another long one, and starts with a total shift of gears. In what seems like a total change of topic, the narrator suddenly tells us about a vision or dream he once had. In this vision or dream, he saw a maiden playing a dulcimer (a stringed instrument) singing about a mountain. Unfortunately, he’s forgotten her song. And, he says, if he could only remember it (“Could I revive within me her symphony and song”), he’d be so sublimely delighted that he’d build the Pleasure-Dome of Xanadu “within the air”, that is, he’d construct some kind of floating city or paradise, ice-caves and everything. This would be visible to everyone who heard the song, and all that audience would be so astounded by the sheer wonder of it all, they’d be downright terrified by it, thinking the narrator some kind of wizard or vampire or demon (hence “weave a circle round him thrice”, a reference to a superstition that you could ward off evil spirits by waving your hands in a circle three times).

In order to completely understand the poem, you need some additional clues given by Samuel Taylor Coleridge with the publication. Coleridge claims the work came to him in an opium trance. When he regained his senses, he could still remember it, and wrote down what would become Kubla Khan. Unfortunately, he was suddenly disturbed by a “visitor from Porlock” who kept him distracted for a full hour. When he was finally free of the visitor, he discovered that he’d forgotten the rest of it, so that the existent poem is just a fragment of the full vision.

At least, that’s the claim made by Coleridge. After thinking about it a long time, I’ve realized this story is probably not true, but that it’s a crucial clue into the true nature of the poem. Kubla Khan is not a poem about Mongol emperors, man-made utopias, catastrophic upheavals, or caves of ice at all. All of that, the entire first four verses, is just a very complicated illustrative device. Illustrative of what? Illustrative of how strongly the narrator wishes he could remember his dream. The whole work is actually a profoundly complete, coherent and self-contained tribute to the dreams we forget when we wake, the lingering residue which remains of them, and our fervent desire to remember those dreams.

If I were to convert the whole poem into a short and casual three-liner but otherwise preserve the basic structure of it, here’s what it would look like:

You know, this really incredible and unbelievable miracle happened a long time ago.
And the reason I bring it up is, I had this really amazing dream once…
Which I can’t remember, but if I could, I’d be so happy I’d recreate that miracle and no-one would believe their eyes!”

Thus the bulk of the poem is irrelevant, and only serves to emphasize and reemphasize just how incredible and unbelievable the legendary miracle was, and thereby underscore just how intensely the speaker wishes to remember the lost dream. 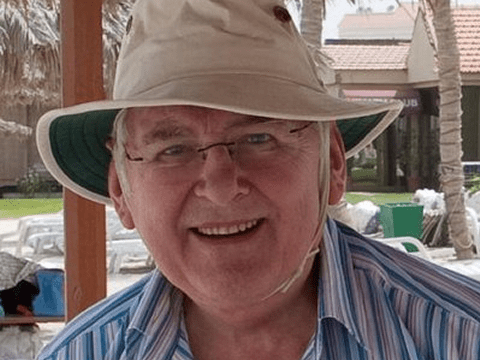 Get in Touch With Stuart

Open chat
Get help from Stuart
If would like information or help - get in touch with Stuart here. Please provide your NAME - Thank you.